Ilias Papageorgiou, is an architect who makes a living by pursuing the creative and responsible practicing of architecture. He studied at the School of Architecture of the Natiοnal Technical University of Athens 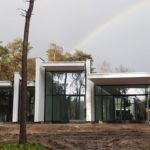 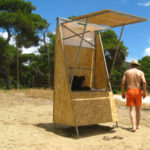 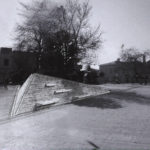 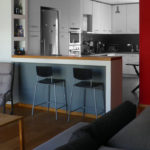 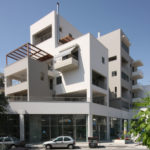 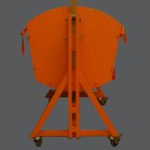 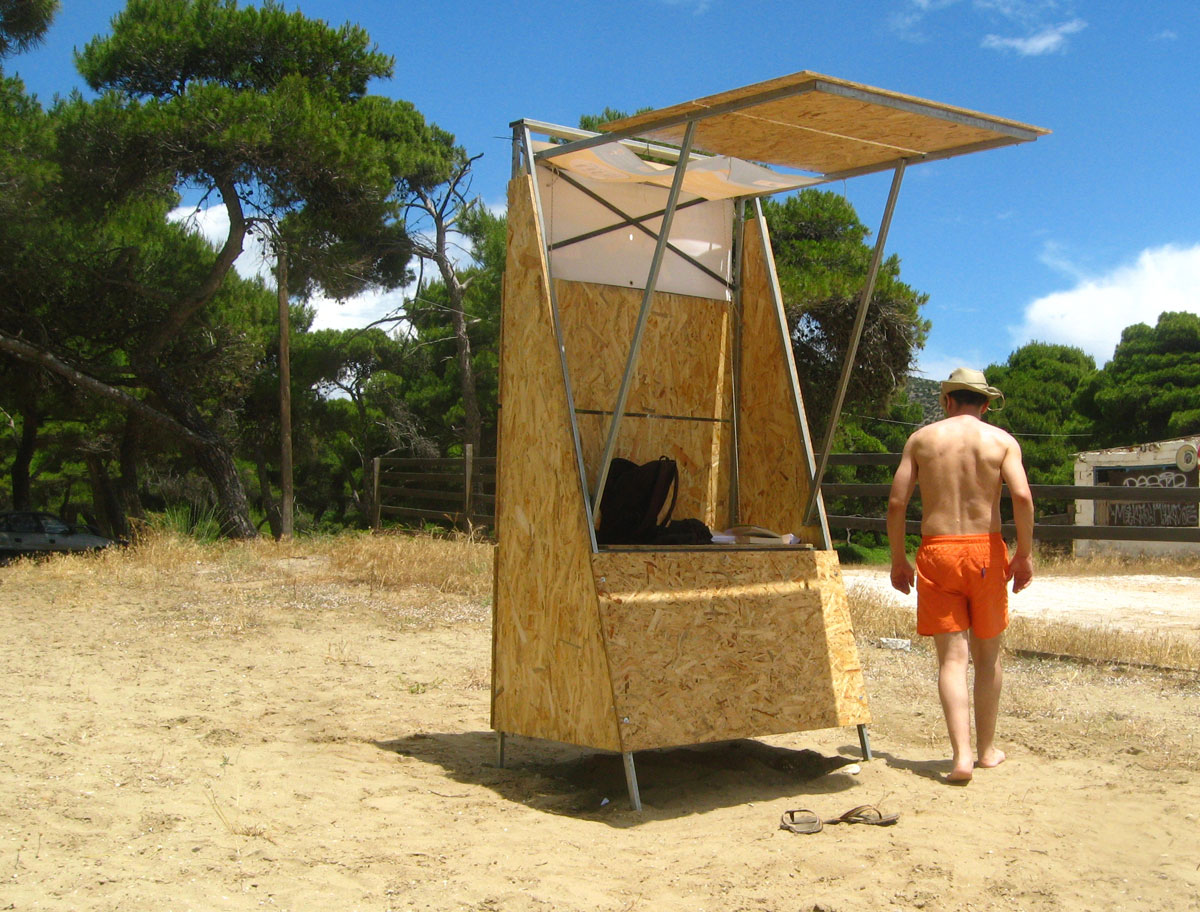 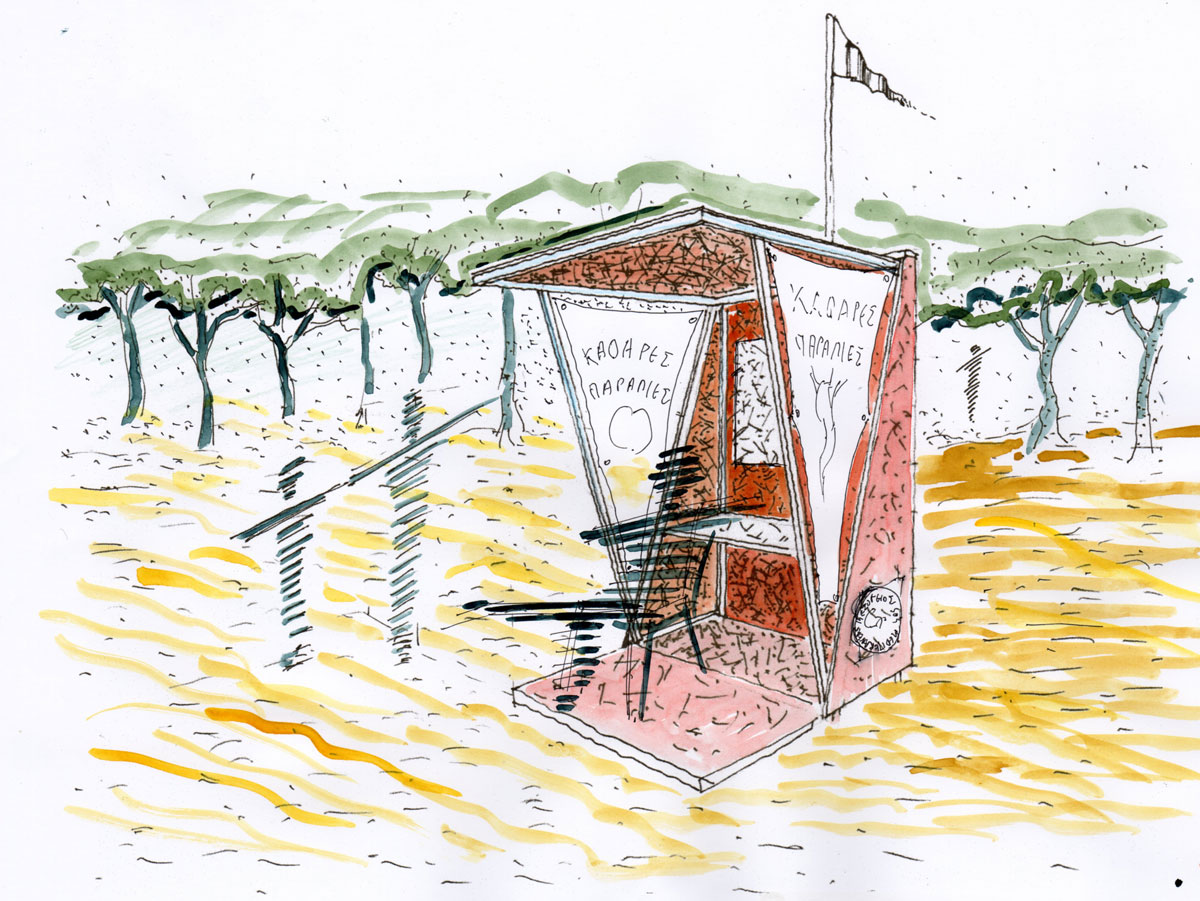 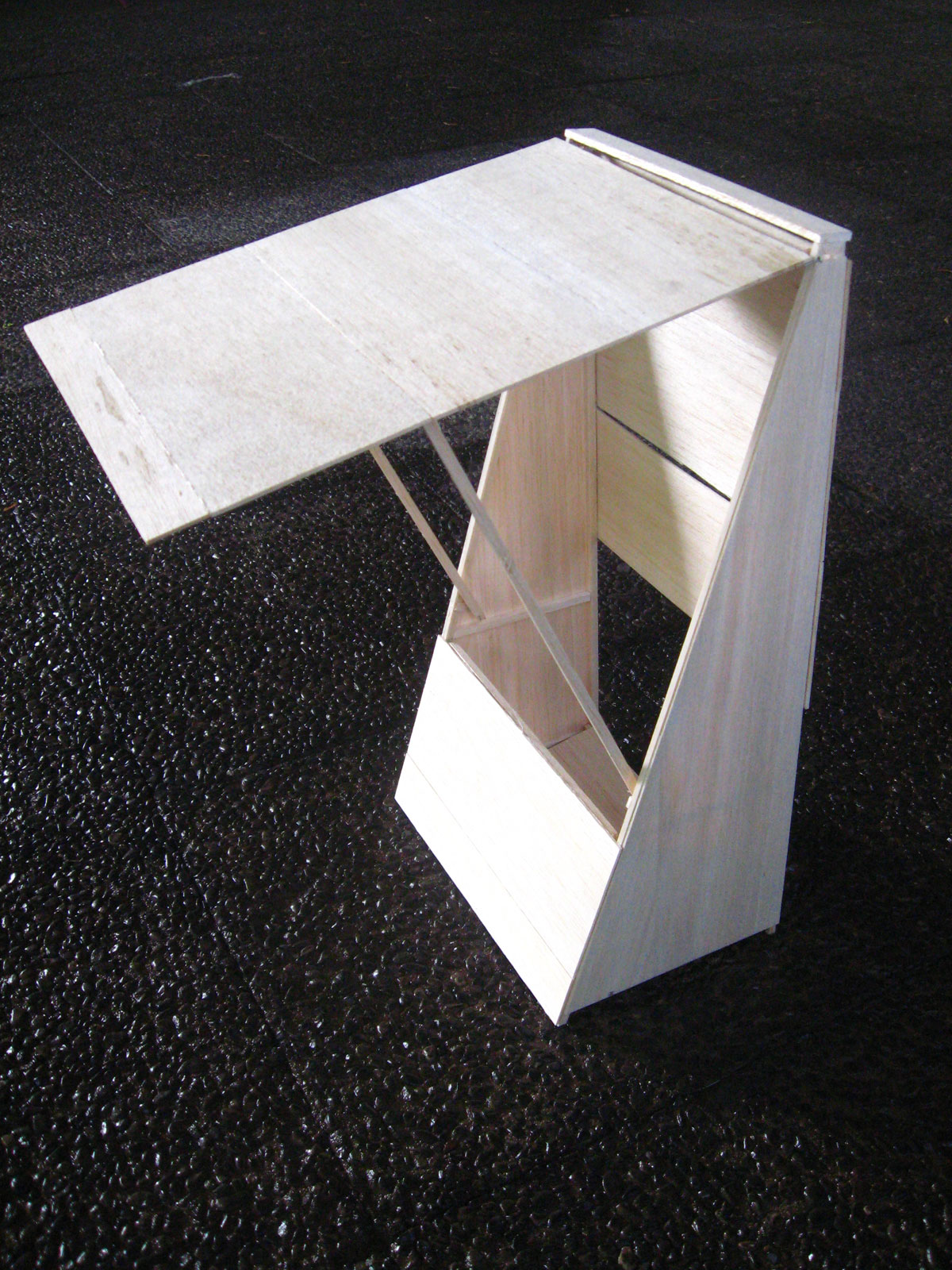 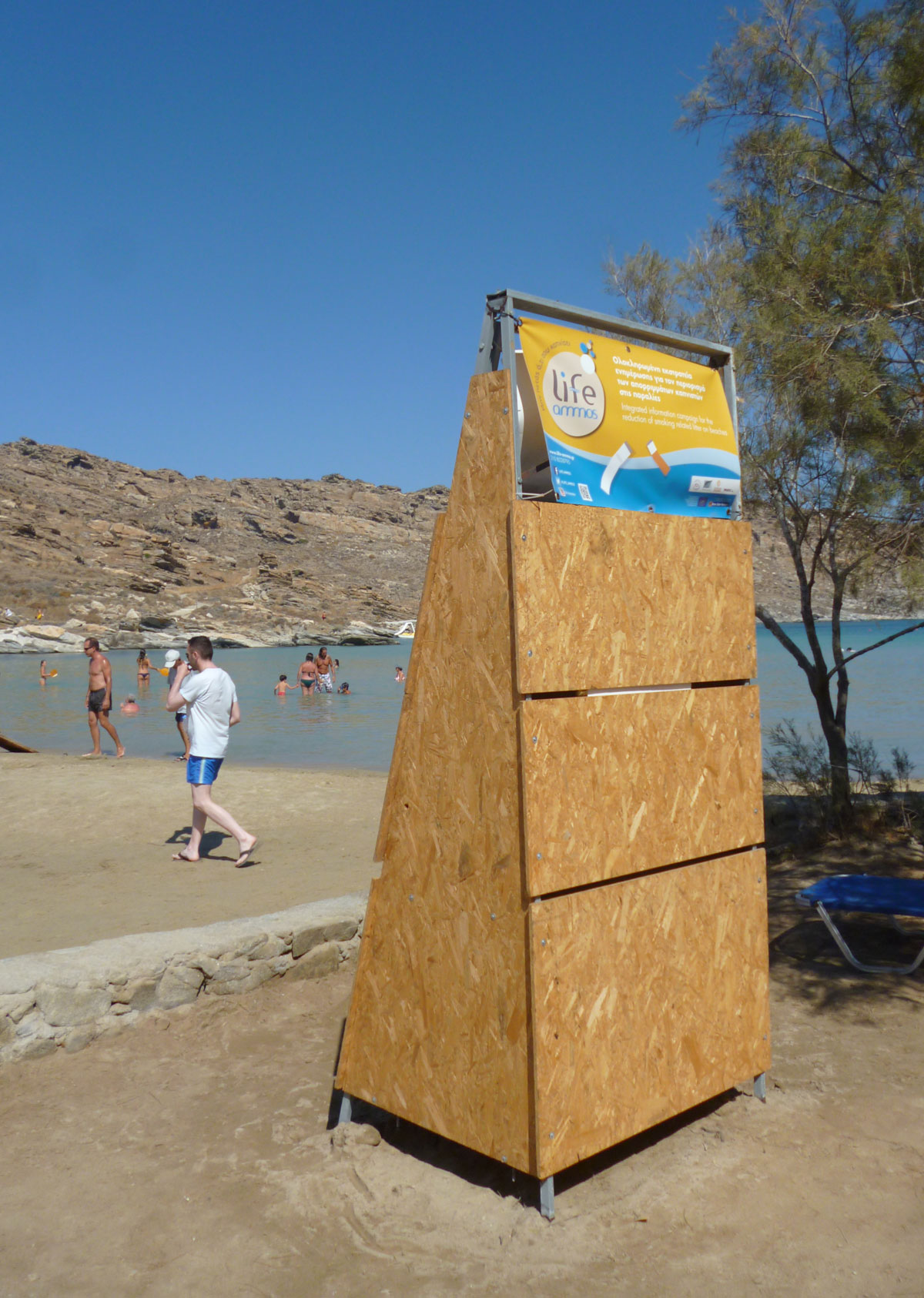 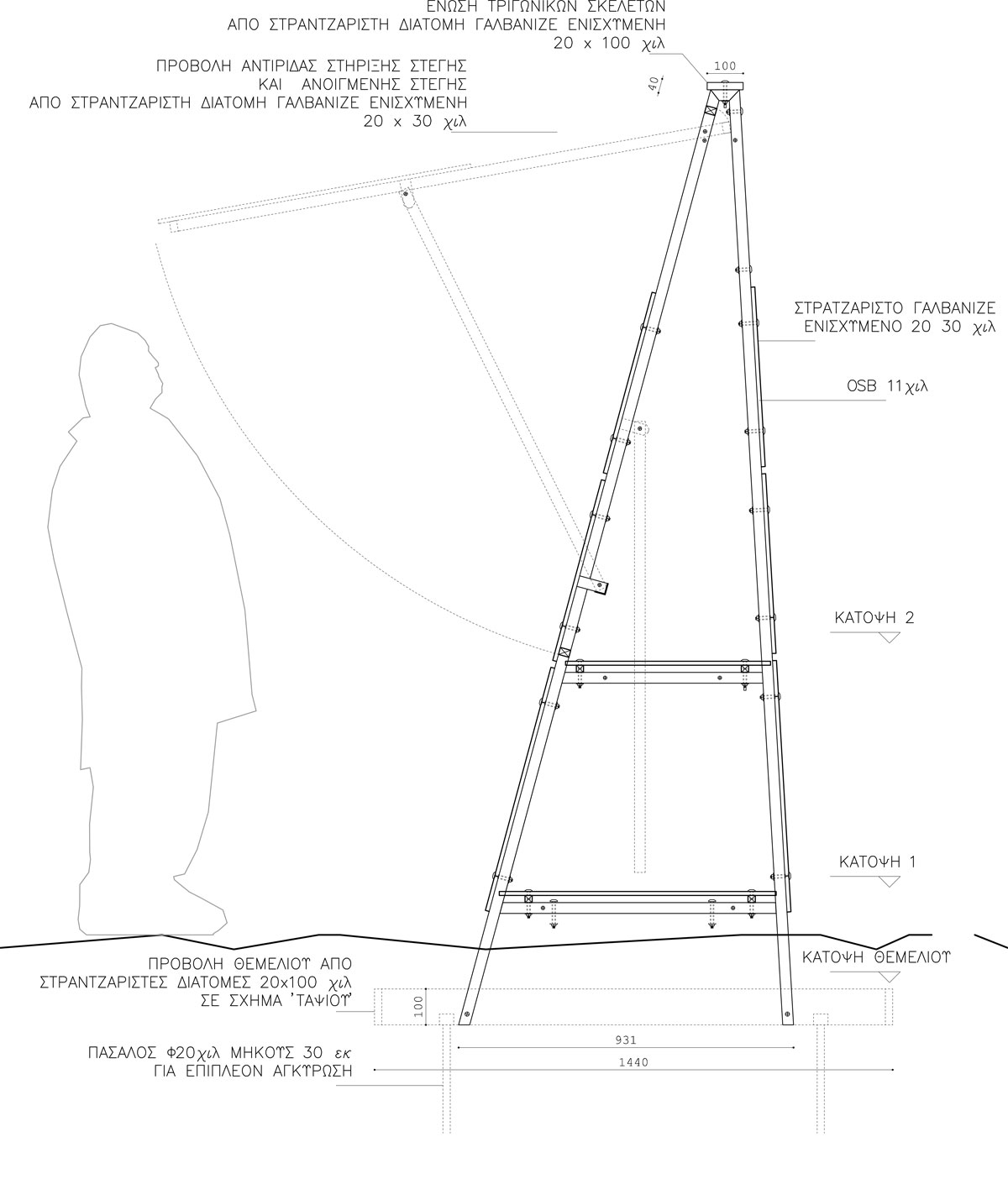 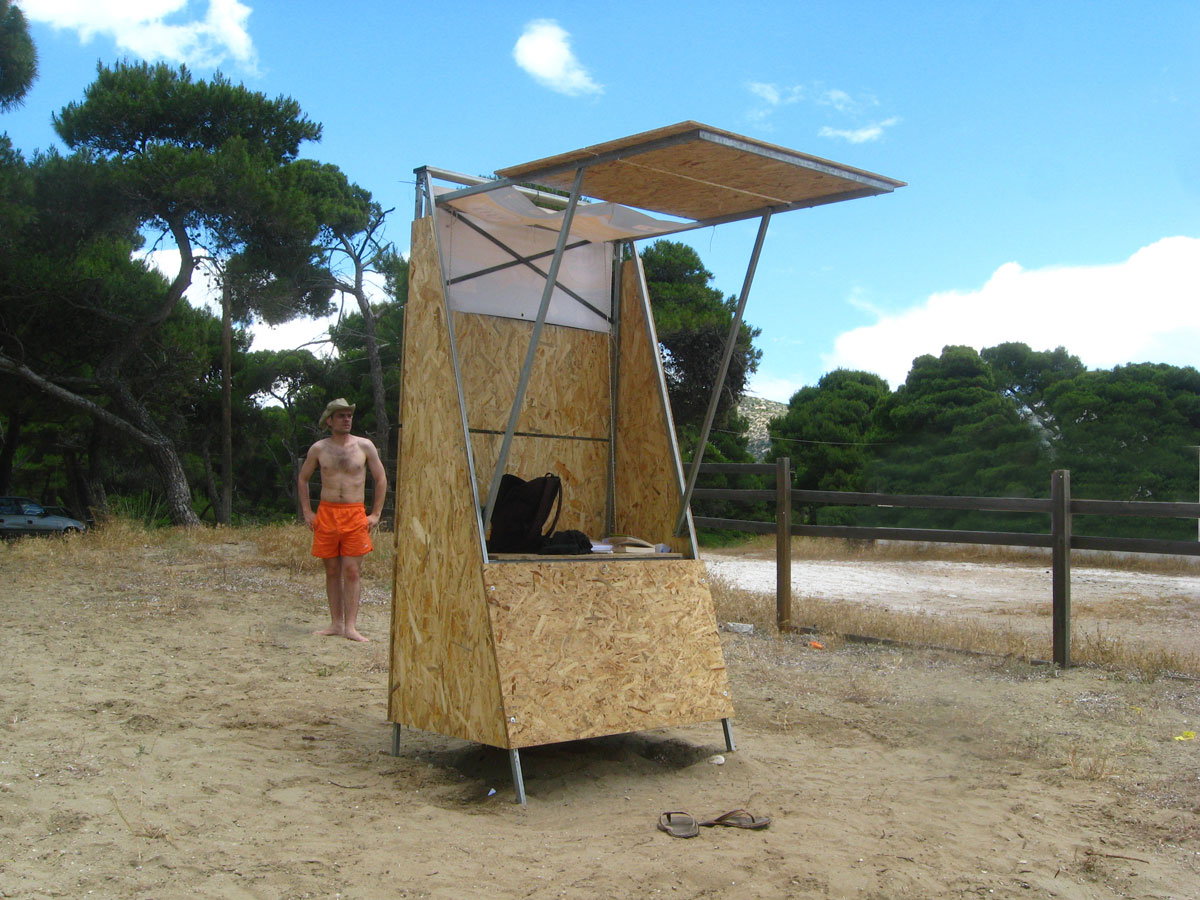 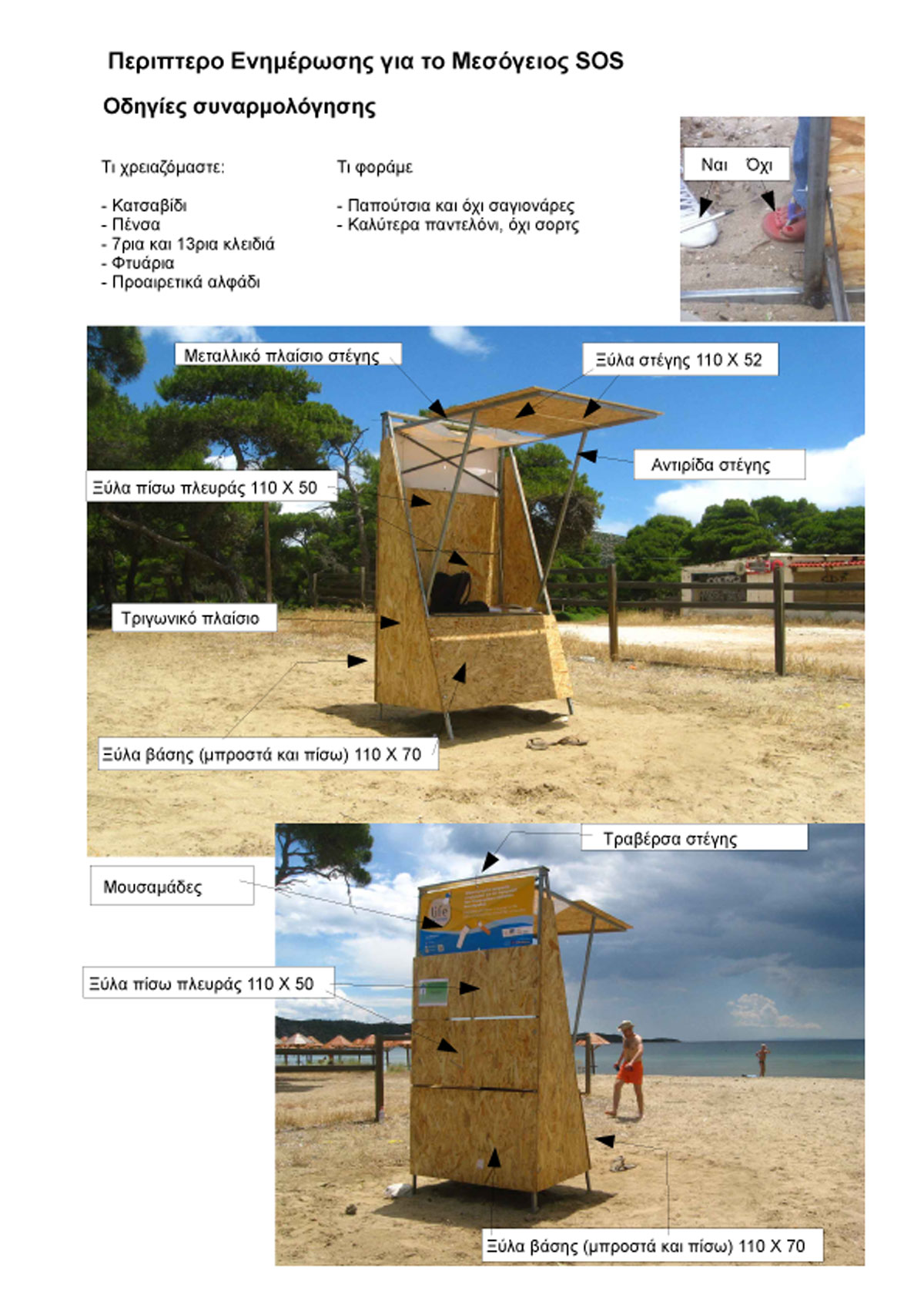 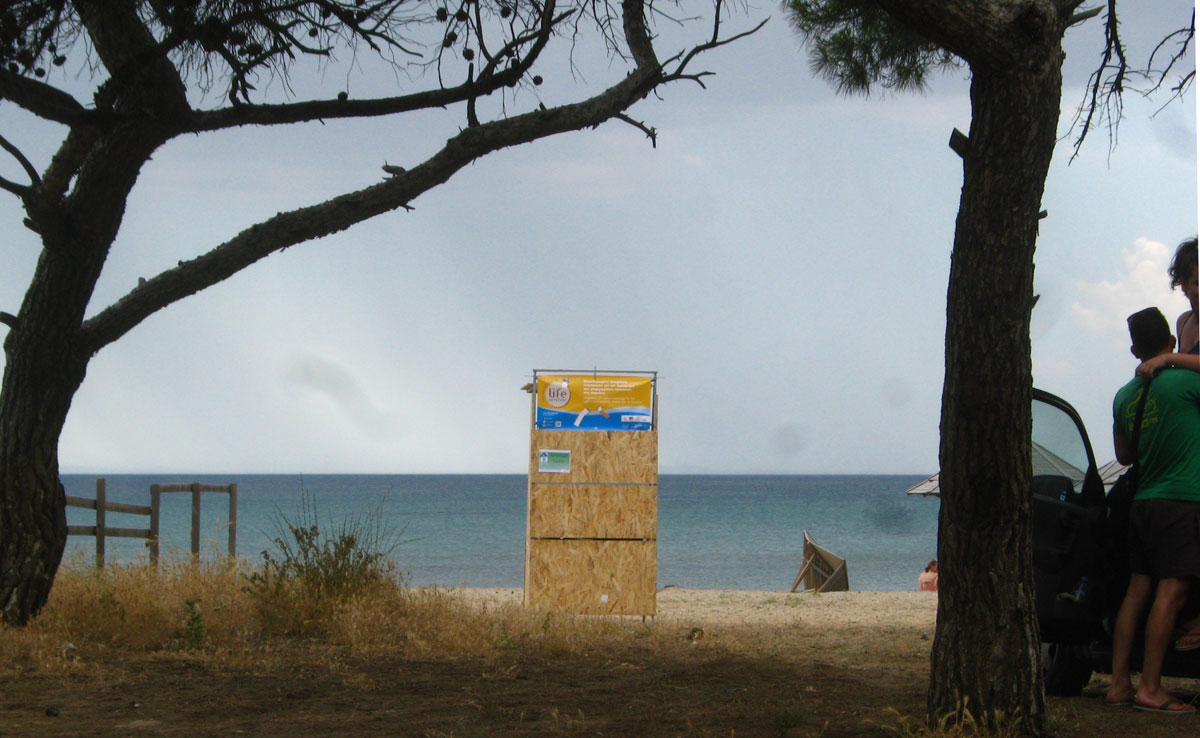 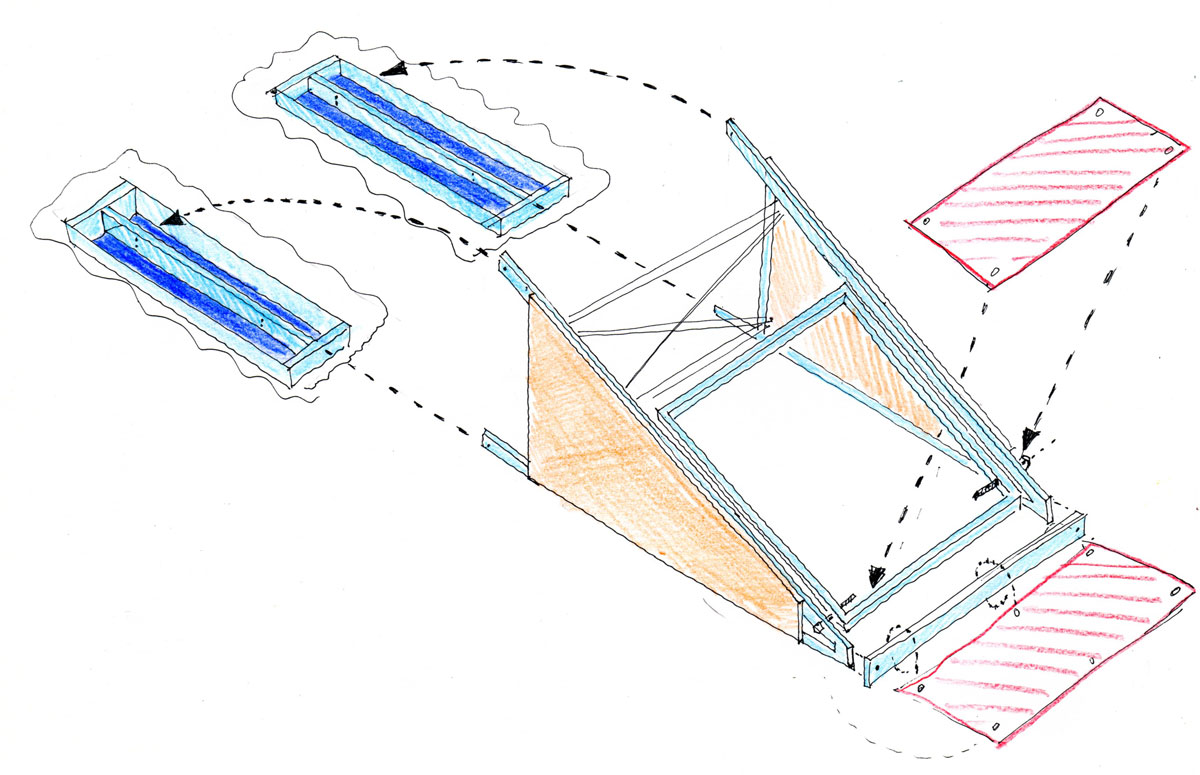 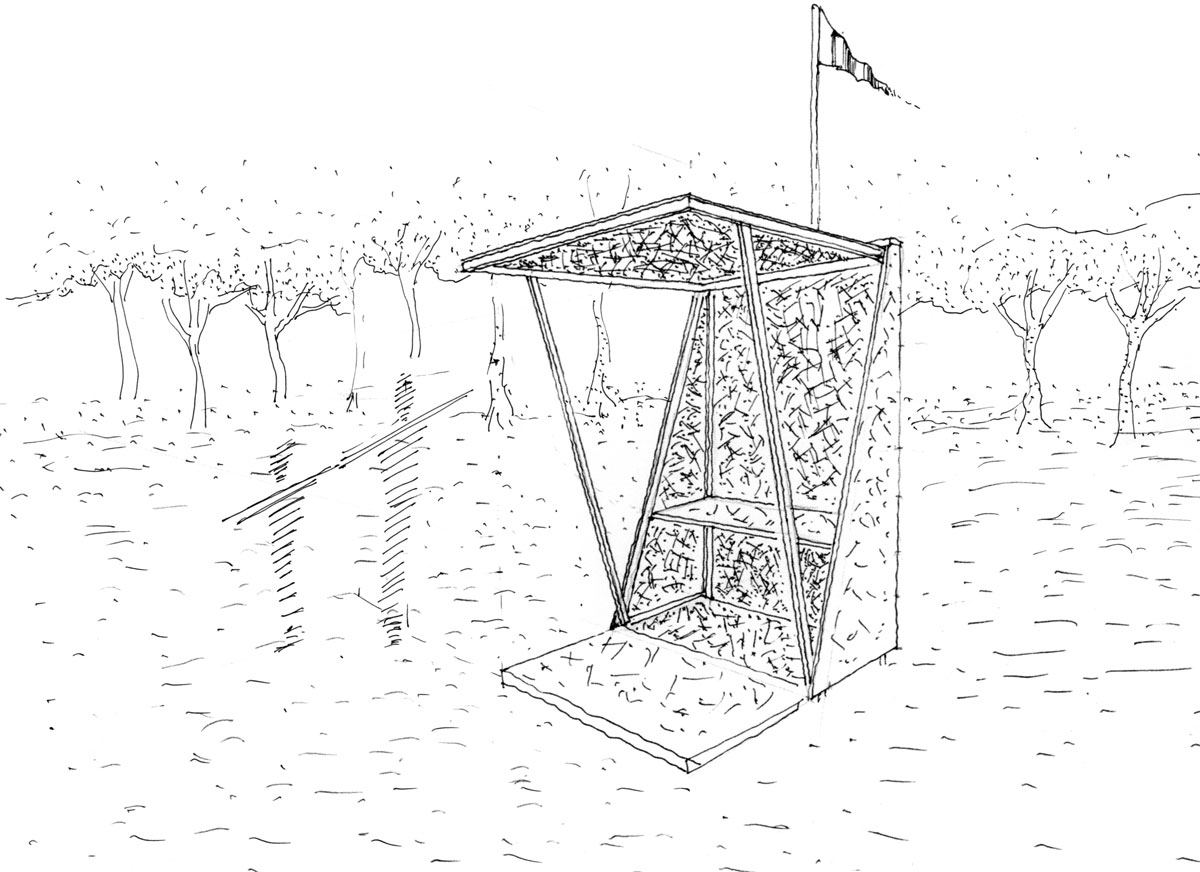 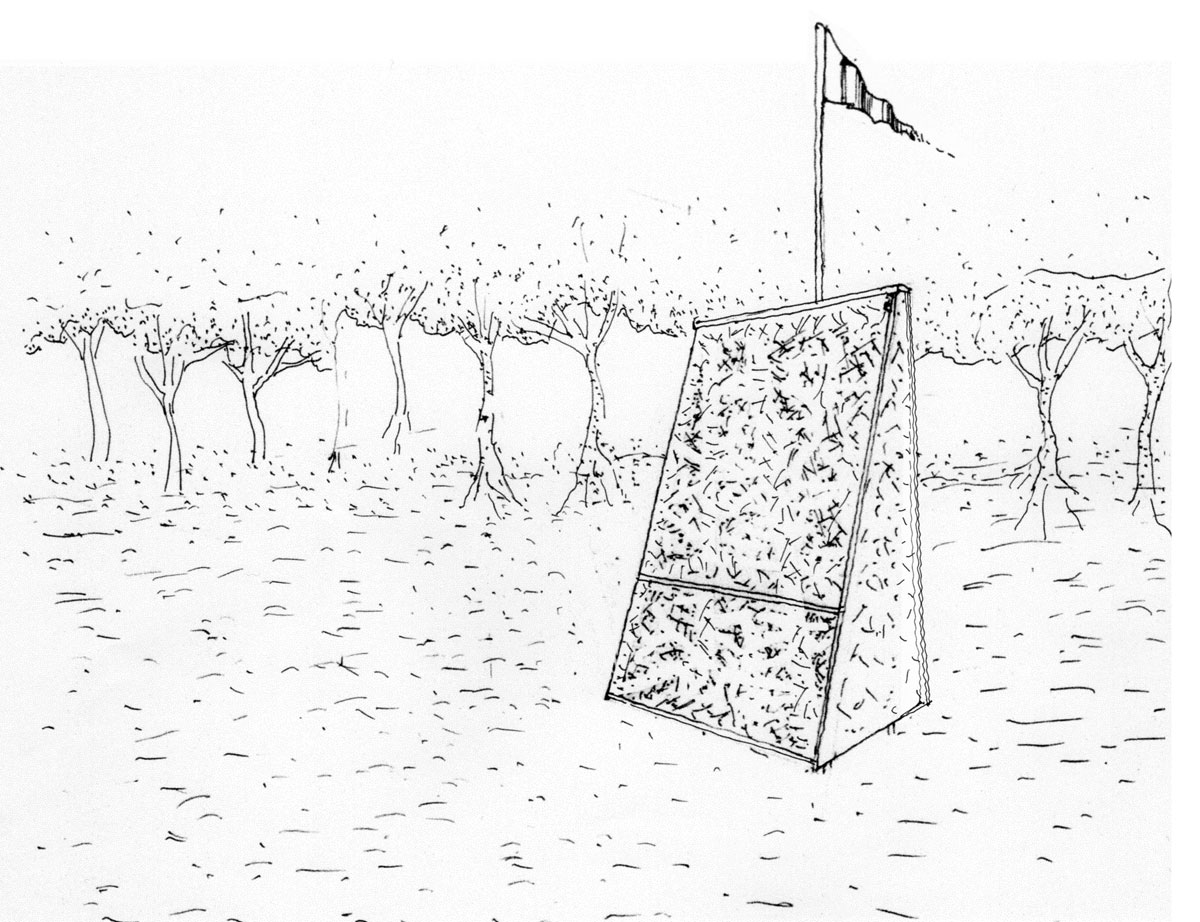 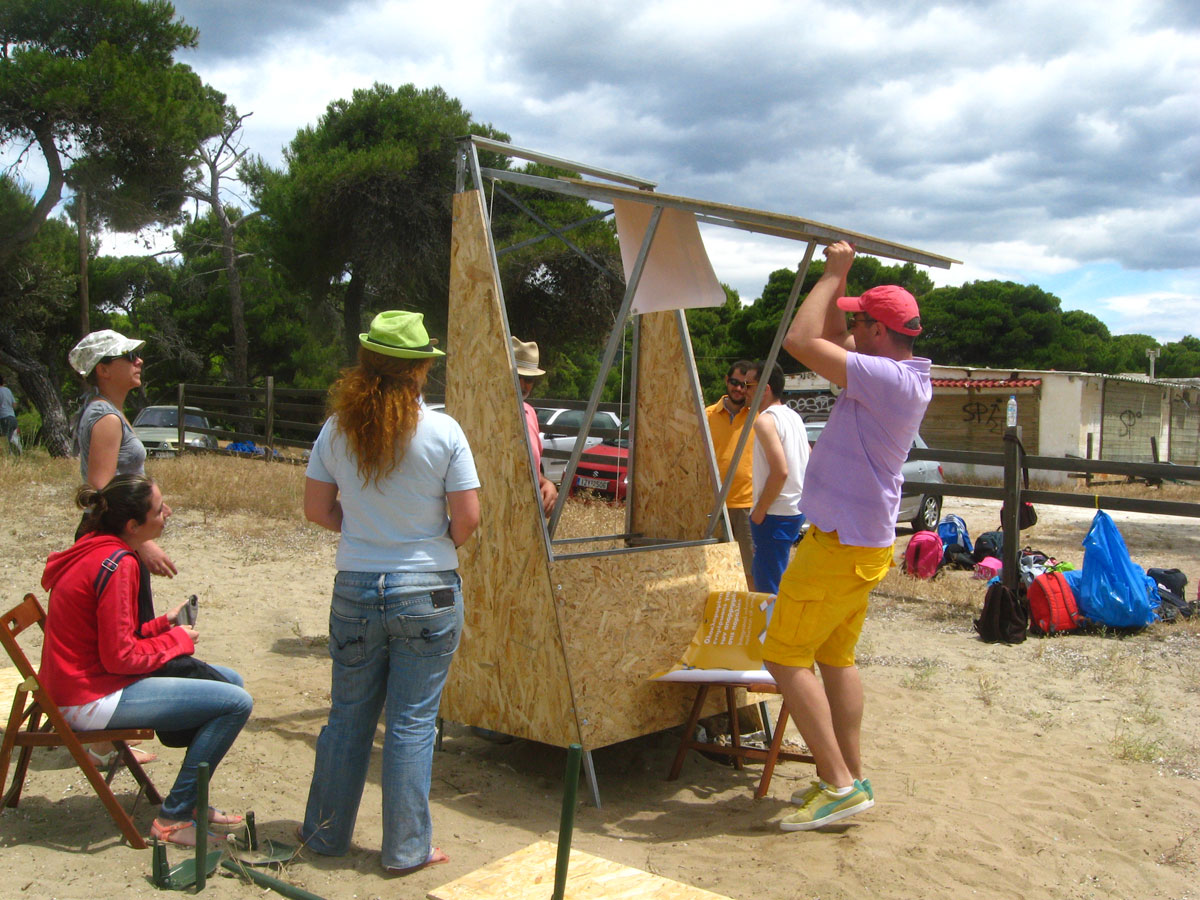 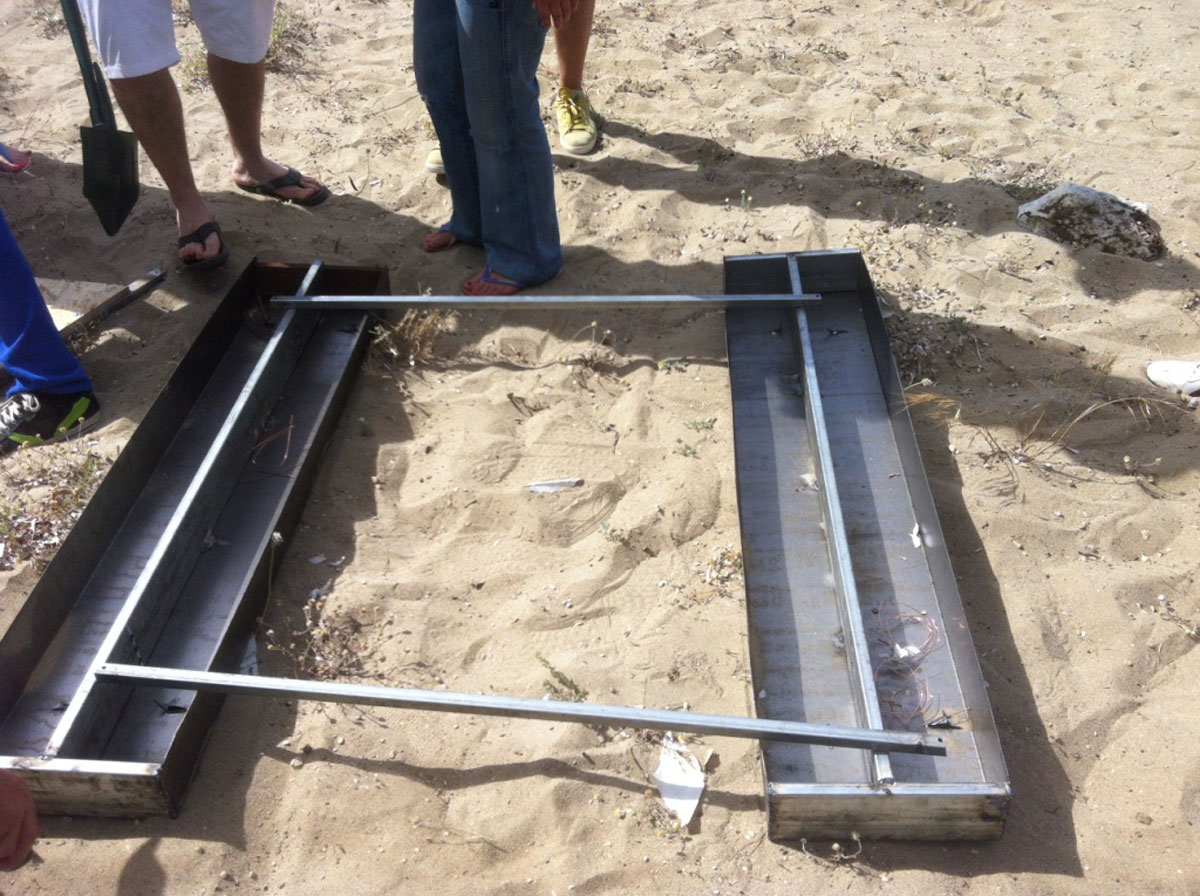 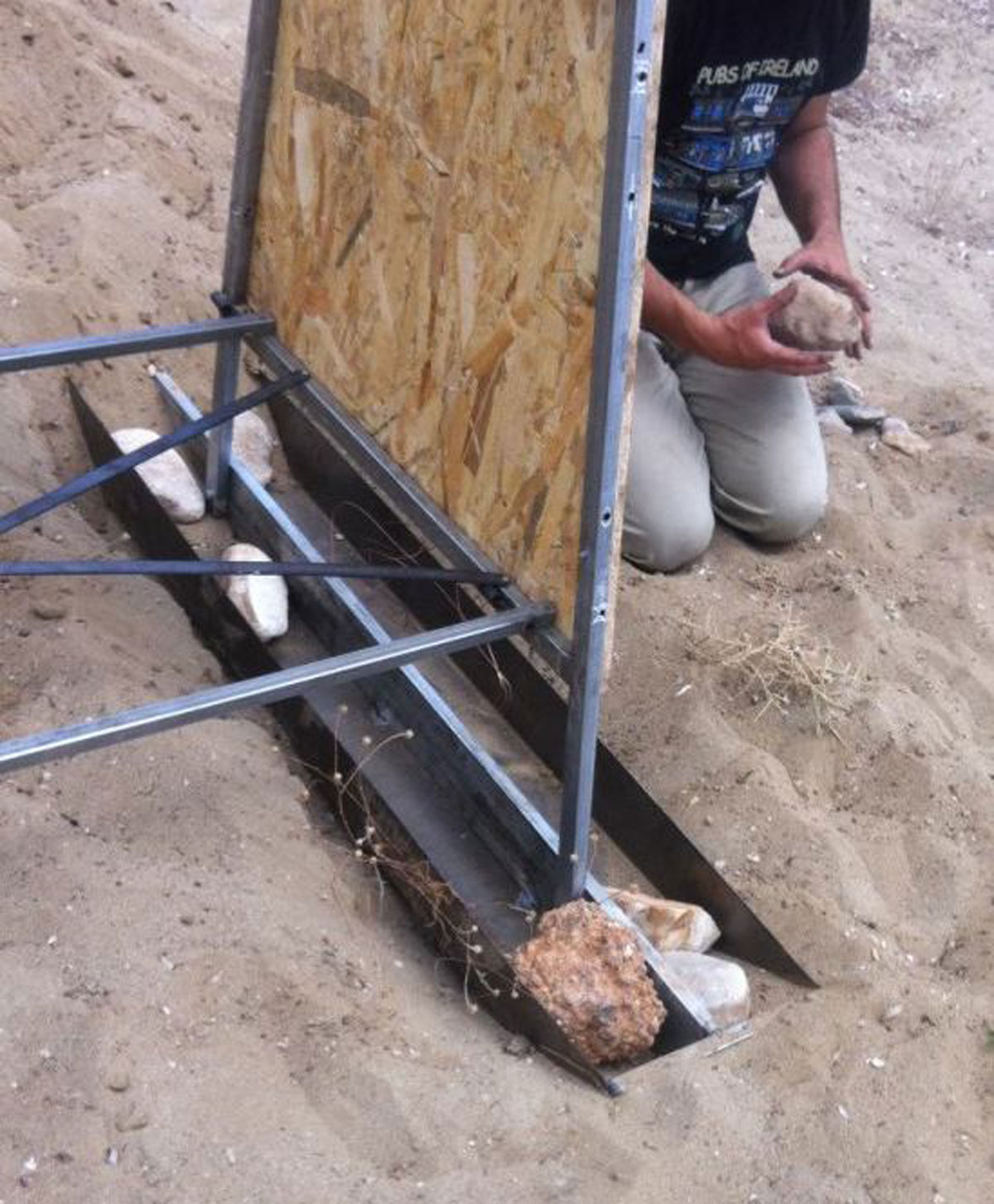 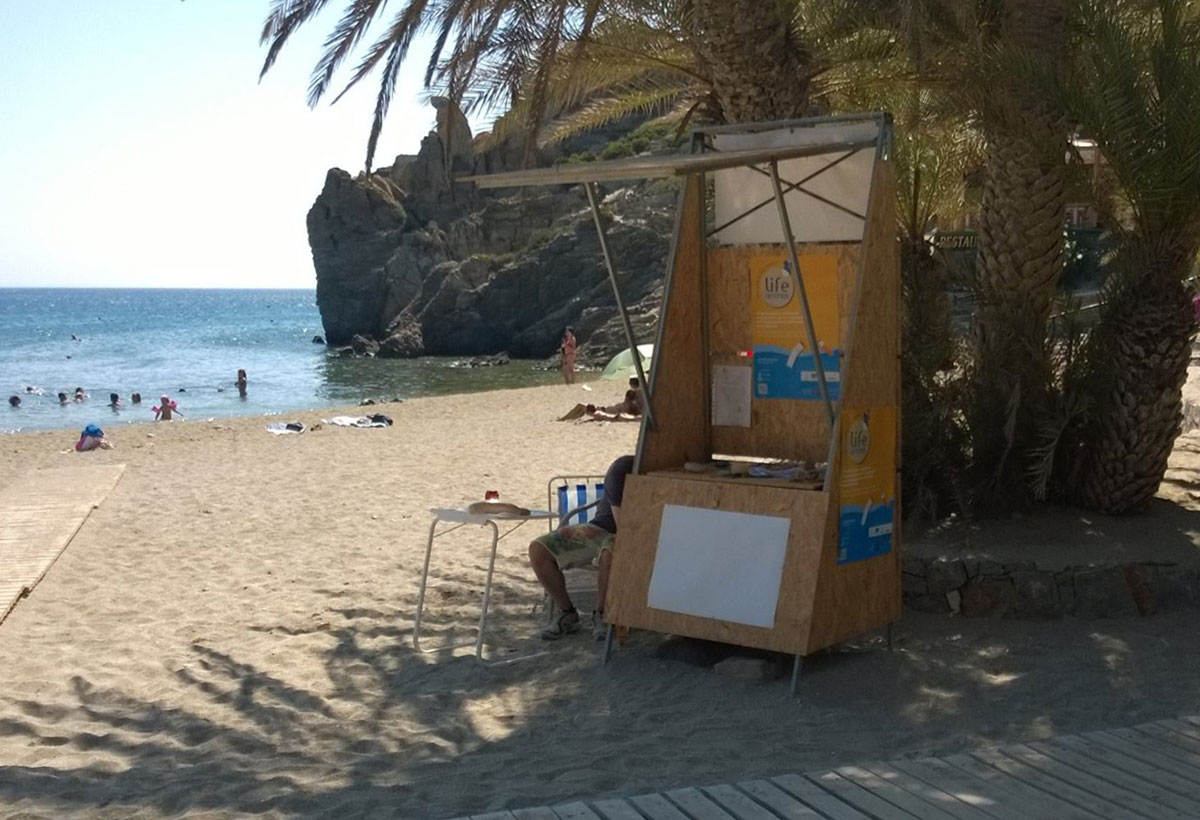 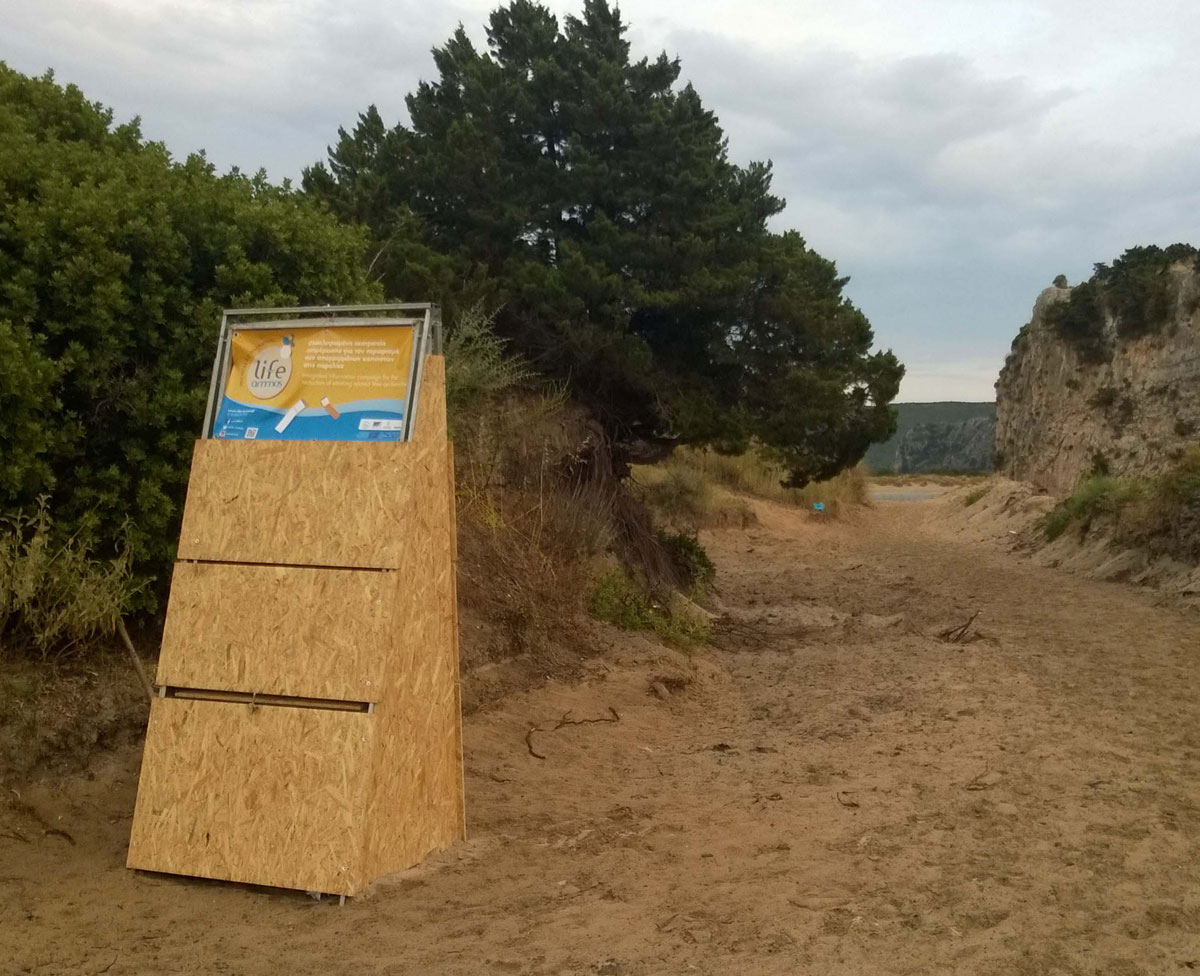 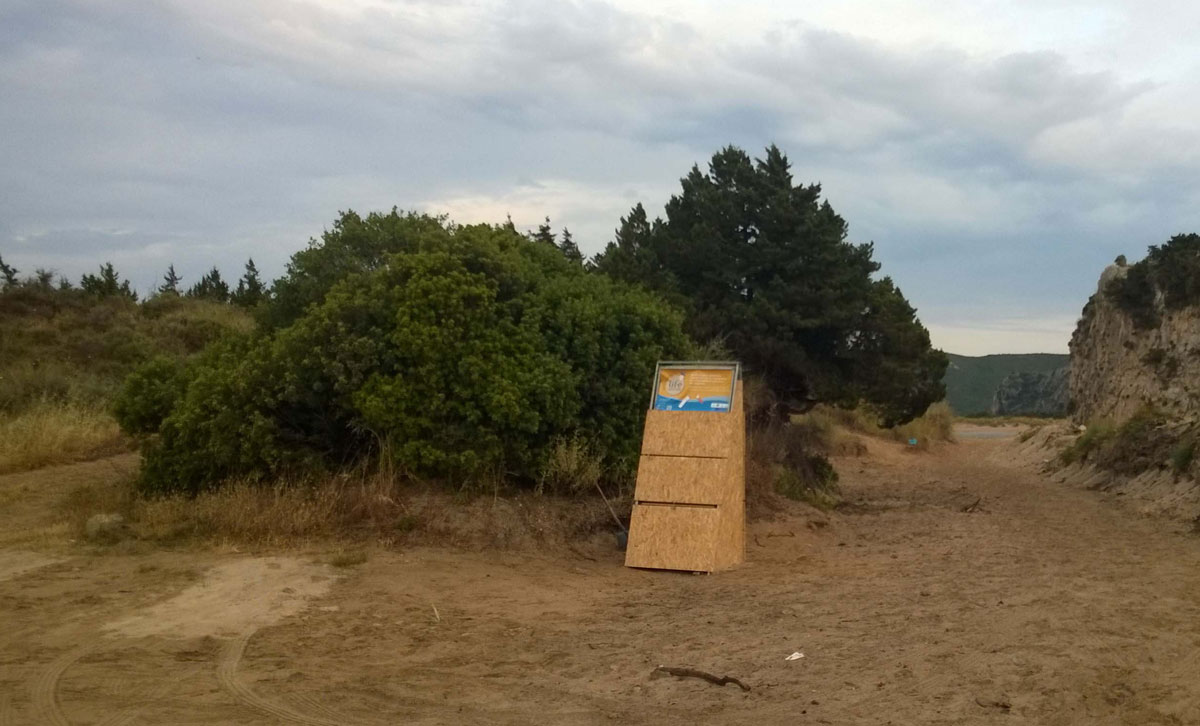 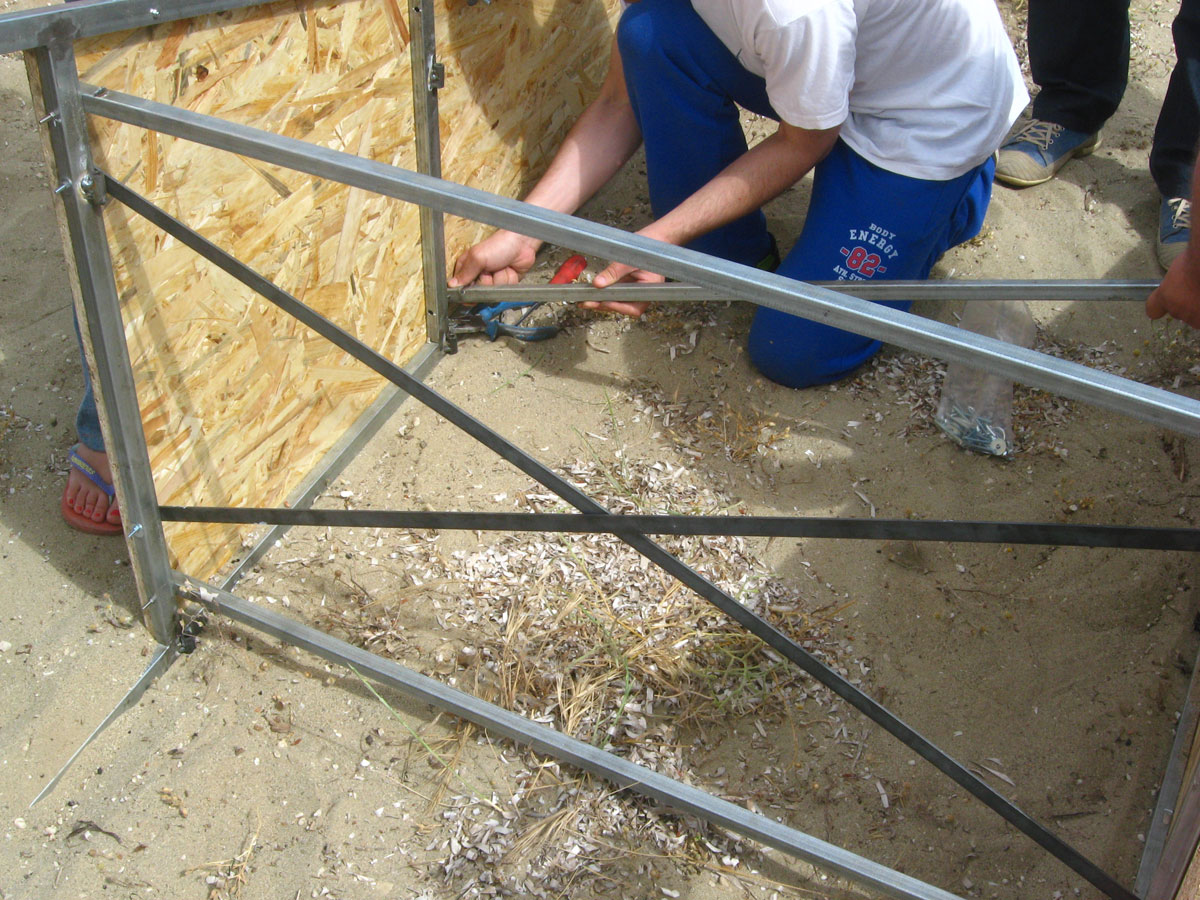 Life ammos (living sand) project aimed at the reduction of garbage created by smokers in beaches. During summer of 2014 volunteers were handing out leaflets and special paper ashtrays in order to inform and public.
15 kiosks were assembled in known beaches around Greece which were open during the summer and then disassembled. They consisted of elements that were transported and assembled in situ by volunteers and local organizations, with the help of a manual designed for that purpose by the architect.

The design requirements were:

Use of materials that are friendly to the environment but also resistant.
Low cost
Easy assembly by people who have no special building skills
Convenient transportation and lightness of construction
Resistance to wind pressure and vandalism
Foundation with a temporal character on sand, which leaves no traces afterwards
Attractive form and point of reference for the beach
Modest form that is not imposing to the environment
Small size
Shading

The architectural proposal tried to weight all these – often contradictory – requirements, by combining them into a comprehensible form.
The kiosk has a triangular shape which is the most elementary form that is structurally inflexible. When it is closed, its appearance is a totally intransparent 85x110x237cm prism. When it is open, one of its sides is transformed into a shading cantilever, and its inner space as an exhibition place for the info material. Its bottom is used for storage. The volunteer stands or sits in front of the kiosk.
The kiosk consists of a steel frame of 20x30mm elements and filled by 11mm OSB and printed canvas. A prototype was initially built which was then tested and improved.
An important element is the foundation, which looks like a baking sheet. It is filled with stones and sand, and thus gaining the necessary weight against wind pressure or other overturning causes. In the end of the summer it is emptied and totally removed from the sand, thus leaving the place clean and intact. Even though invisible, it summarizes the “ethos” of the construction.

2014 Greek Architectural Association Prize. Honorary distinction for architect under 40 in the category: “Architecture of public space and landscape”